Battle of the Bottle Redux

I think we have a breakthrough in the battle of the bottle!!  And ironically, it’s with the help of one of those many medications Addison has to take every day.

When she first came home and we were learning the ins and outs of administering all those drugs, it didn’t go all that well.  There was plenty of puking to go along with her daily doses, but since the initial couple of weeks (I like to think of it as the ‘breaking-in period’, for her and for us), Addison has been a champ at taking her drugs.  There is one she particularly likes and actually eagerly sucks on the syringe – magnesium, which is a sickly orange Mr. Freezie colour and just as sweet.

Over the weekend, during another assault of the bottle, there was a lot of crying and plenty of tears.  Aaron thought we should give her a little bit of magnesium to calm her down and get her sucking reflexes going.  The first shot of magnesium went down like candy, but the ensuing bottle was immediately met with resistance.  Then in an effort to calm her down again, Aaron stuck the syringe into the corner of her mouth with the bottle still intact, and gave her another taste of that sweet magnesium elixir.  Well, that got Addison sucking and she stayed sucking on the bottle as he pulled the syringe out!! SUCCESS!!!

We're not against a little trickery to get Addison back on the bottle!

We didn’t want to get too excited, but we have tried it every day since then with huge success.  Last night, she even took the bottle without the magnesium teaser.  Aaaaah, sweet freedom! 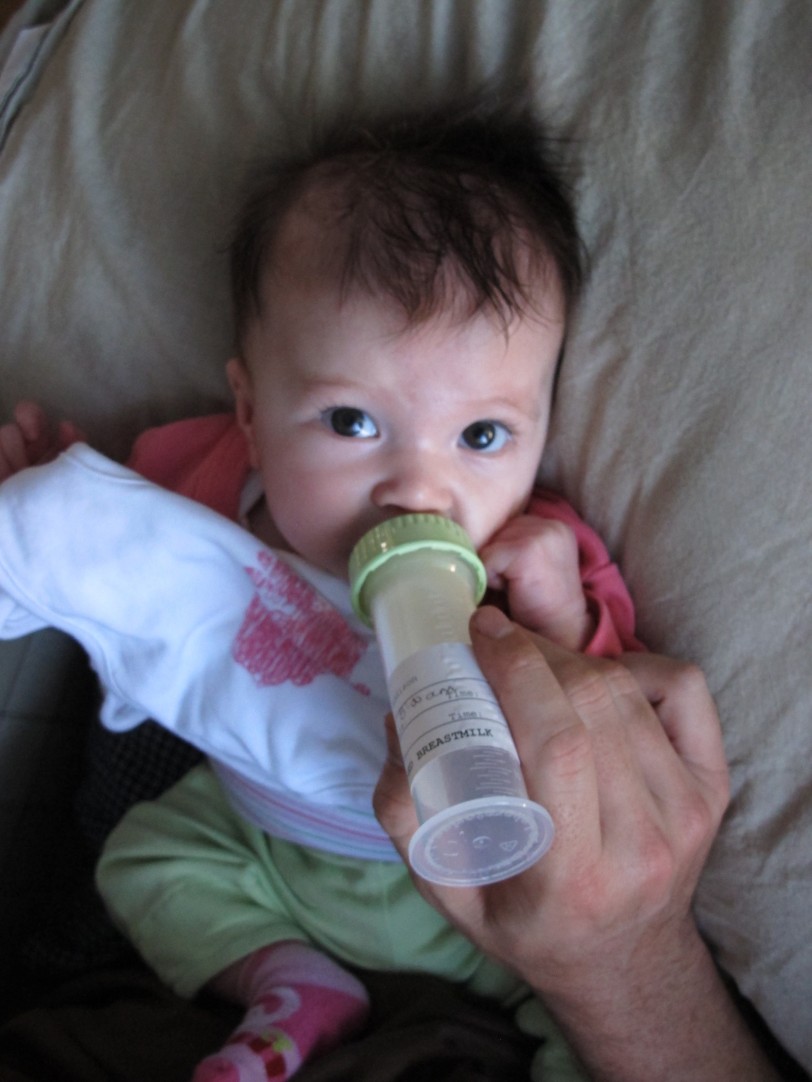 3 thoughts on “Battle of the Bottle Redux”