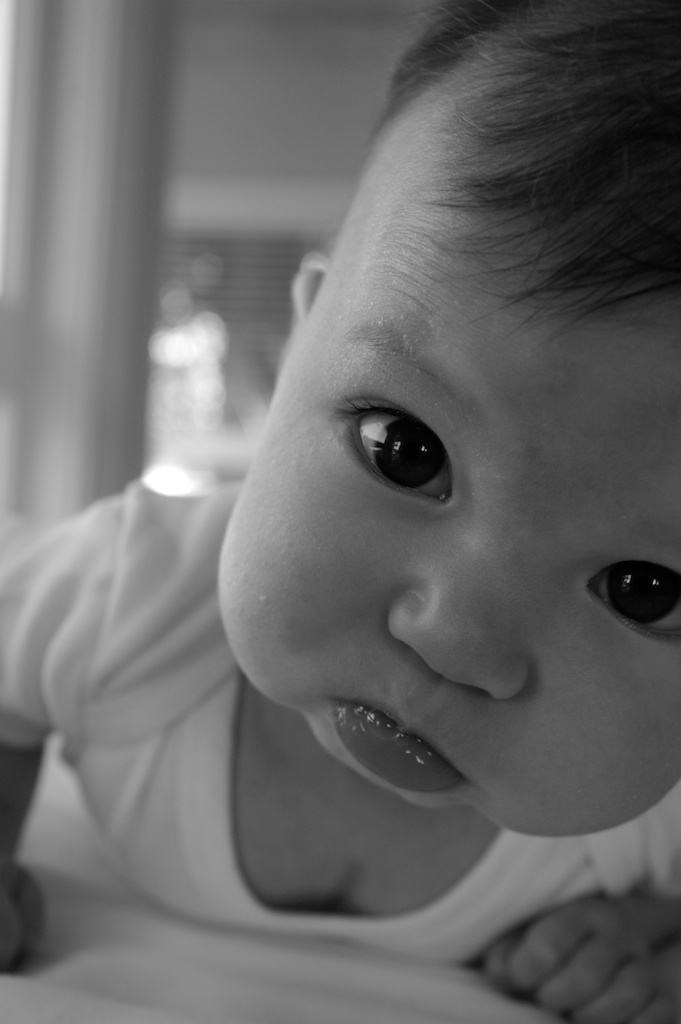 Most new parents probably feel overwhelmed with all the ‘right’ things to do and “tummy time” is at the top of those lists.  Addison was really not a huge fan of TT when she got out of the hospital.  How can you blame her?  I’m sure you wouldn’t feel like doing much of anything if you had just had open-heart surgery!  But at the same time, we wanted to make up for some of the developmental time she lost while she was in the hospital.  So even with her pouty faces and grumpy cries, Aaron and I have persevered.

I am happy to report there is much improvement in Addison’s TT manoeuvres.  Last month, our infant development consultant brought over a big wedge cushion (kind of like a giant piece of cheese) to give Addison a little leverage while trying to hold up her wobbly big head.  It made it so much easier for her to try out TT.  It didn’t take long for our baby girl to get the hang of it and she was getting so good at holding up her head on the wedge, we were worried it would wobble too far back.  I am sure the inventor of bobbleheads got the idea from a newborn baby.  Now she is flat on the floor and we don’t get complaints from her…at least not nearly as often as before. 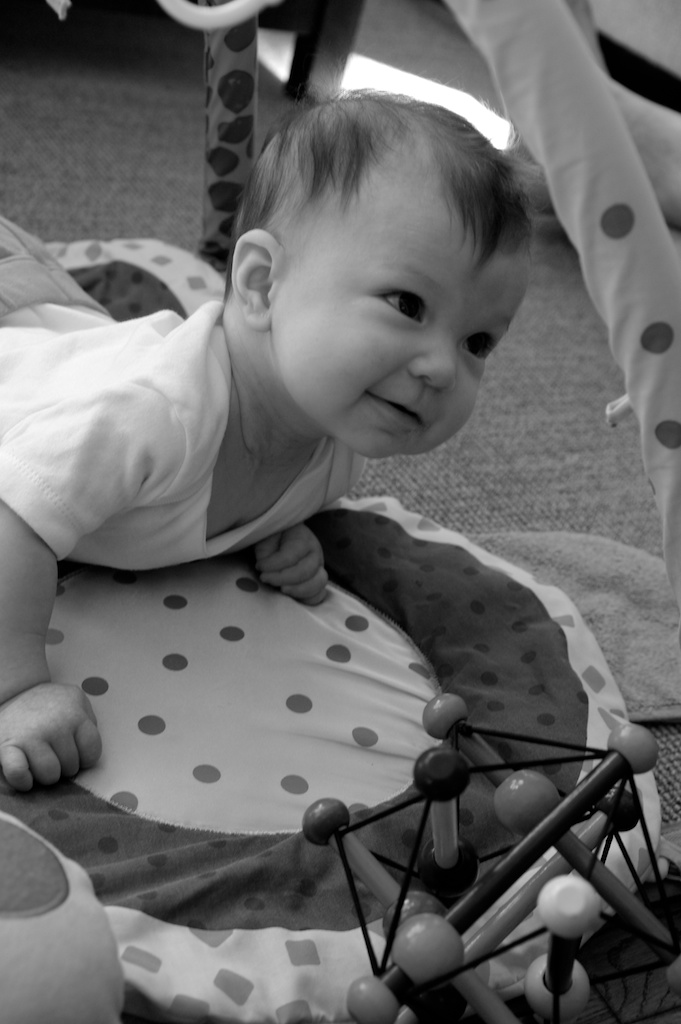 Addison is still a little behind in development compared to other babies her age.  That is to be expected given what she has been through.  She just started talking, though her new noise is kind of a Donald Duck quack.  I try not to put too much stock in the timing of the milestones.  I think it’s fair to say our daughter has defied all the odds already.